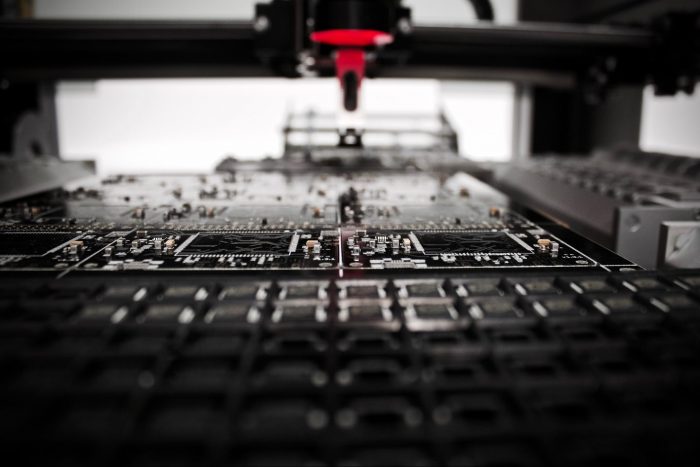 Technology has eliminated a lot of tedious work for humankind. Over the years we’ve developed some inventions that make our lives easier by helping us prioritise our time, saving it for more important things like our family, friends and of course, Netflix. As busy people, we just don’t have time for chores. That’s why we’ve developed technology to help us out. Some of the domestic robots we’ve become accustomed to seeing in our daily surroundings include:

It may surprise you to know that the first robotic mower was patented in 1969 and was called the ‘Mowbot’. It was described as being completely self-propelled and self-guided, having the capability of making turns when necessary to stay within the determined yard area.

Today, there are many brands and ranges of robotic mowers to suit individual needs. Not to mention, they run quieter than traditional mowers and also come with additional features such as bluetooth, Wi-Fi, rain and anti-theft sensors, and the ability to sync to your mobile device through an app. Most are able to work for three to fours before running out of steam – a slightly better effort than your average dad.

Possibly the OG of the domestic robot world, the first robot vacuum cleaner, dubbed the ‘Trilobite’,  was introduced to the market in 1996 where it gloriously failed. Unfortunately, the Trilobite was discontinued as many people reported it running into objects and ignoring the perimeter of a space in its cleaning efforts. Fortunately, in 2001 we saw the emergence of the ‘Roomba’, a robovac invented by iRobot that could navigate its way around obstacles autonomously, scan the floor for dirty spots, and sense upcoming stairs, avoiding a fall. The Roomba officially set the standard for many modern robovacs we see today.

Have we really become too lazy to get up and turn the light off? The answer is yes. The ability to control household electrical devices via mobile devices or tablets is still a pretty new technology. However, superseding this, voice-controlled AI technology has become the latest technological phenomena moving into our homes. Already, phrases and commands such as ‘Ok Google’ and ‘Alexa’ have become embedded within our popular culture. These well-known virtual assistants help us by playing music, finding information from the internet, scheduling our plans, making lists, giving us weather updates, controlling appliances, and much more.

It is clear that throughout history, we have showed an obsession with making machinery automated. Evidently, our work with AI technology keeps advancing, meaning a lot more convenience for us. One particular advancement that’s predicted to be a massive game changer is the emergence of the driverless car, otherwise called the self-driving or autonomous car. Now, if you think knowing the weather without looking out of the window is the ultimate luxury, prepare to be amazed.

A Brief History of Automated Cars

Some of the first public prototypes of autonomous cars came from the DARPA Grand Challenge events which were held across abandoned military bases outside of Los Angeles and across California’s Mojave desert.

It all started as a result of short-comings from the Military – they couldn’t quite figure out how to make their vehicles run at high speeds and simultaneously avoid hazards and obstacles. The events ran across the early 2000’s and saw significant progress made in autonomous technology. By 2007, students, geeks and engineers developed cars that not only avoided obstacles, but followed roads, traffic laws, parked themselves, made U-turns and merged into surrounding lanes.

Results were so impressive than when Google launched it’s self-driving car project in 2009, it hired finalists from the events. Since then, Google has developed its own autonomous car prototype which is said to be capable of navigating some of California’s toughest roads. 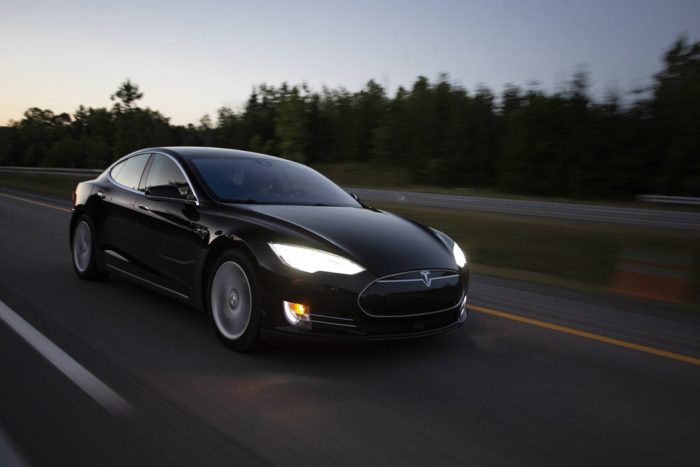 Not too long after Google, some house-hold names in the motor industry began putting their own spin on automotive technology. The most notable design undoubtedly came from Elon Musk who developed the Tesla vehicle containing in-built autonomous technology. Following in suit, companies such as Ford, General Motors, Nissan, Mercedes began implemented their own autonomous car technology.

Of course, these cars still don’t completely drive themselves – not as of yet, anyway. However, with the emergence of so many modern cars containing this new technology, the necessity for a universal taxonomy became apparent. Therefore, a set of classifications were developed to categorise degrees of autonomy.

These six levels of automation currently in use range from zero to five, as outlined below.

As the name suggests, these cars contain zero automation. The driver is completely responsible for the operation of the vehicle. They perform the accelerating, braking, steering, and so forth.

At level one, the driver is still responsible for the bulk of the car’s functions – accelerating, braking and steering. However, the car contains some system capabilities in supporting the driver. For example, basic cruise control, a common feature within most car models past the 70’s would fit within this category.

At this level, we advance slightly with adaptive cruise control, meaning the speed of the car (as determined by its driver assistance system) increases or decreases depending on the condition of the road. The driver still must pay attention to surroundings and control steering and braking.

As we progress to level three, the driver is relieved of some (though not all) road monitoring duties. Think “auto-pilot”, but on the road. Though the car can make immediate decisions, such as emergency braking, the driver must remain attentive to intervene when called upon.

We can see some luxury cars already containing this technology. The Audi A8 features the “AI traffic jam pilot” which takes the wheel during slow travel under 60k/h.

At level four, the car is pretty much responsible for everything. Without driver assistance the car can manage steering, braking, accelerating, decelerating. And though you SHOULD be looking at the road, the car can even handle decision making if you’re not able to intervene. Though, this is not a good idea in unstable conditions, as the car is only able to handle consistent conditions. According to SAE International, this mode should also be used in safe conditions, and can be manually overwritten.

The final level is full automation. This is where humans as drivers become pretty much obsolete. We no longer need to brake, accelerate, steer, or even be awake for that matter. The car is designed to take you anywhere and handle all situations using its inbuilt systems. Even better, this car can take you off-terrain. Road trips will never be the same.

For reference, most 2017 cars sit on level two with steering, accelerating and decelerating assistance. Earlier models will sit on either a level of zero to one, depending on whether they provide cruise control.

So, when will we see completely autonomous self-driving cars? According to companies like Ford, BMW, Toyota, Hyundai, Honda, Volvo and many others, the consensus seems to be 2020 or 2021.

In the meantime, most modern cars are equipped with varying levels of Advanced Driver-Assistance Systems, or ADAS technology. These ADAS systems provide drivers with some peace of mind by providing safety features such as cruise control, automatic braking,  departure warnings, and visual and sensory displays. I’m sure you remember all the car ads where ignorant millennials are almost taken out by the latest family-sedan? Well, it’s ADAS technology that saved the day.

How do driverless cars work?

To everyone’s relief, there are a number of systems in place that enable these cars to run, or rather, drive autonomously. Completely autonomous cars rely on a great number of sensors, lasers, radar technology, sonar equipment and cameras to build a solid picture of external surroundings. Uber’s self-driving prototype alone comes with 64 lasers, along with other types of sensors, that help develop an internal map.

After establishing a feel for its surroundings, your autonomous vehicle will plot a precise path to the inputted destination using in-built navigation systems. This software, embedded with complex obstacle-avoidance algorithms, also controls the car’s acceleration, breaking and steering. To further avoid collisions with surrounding vehicles, your autonomous car will be programmed to communicate with others on the road, crowd-sourcing information to generate the latest, up-to-date traffic details. 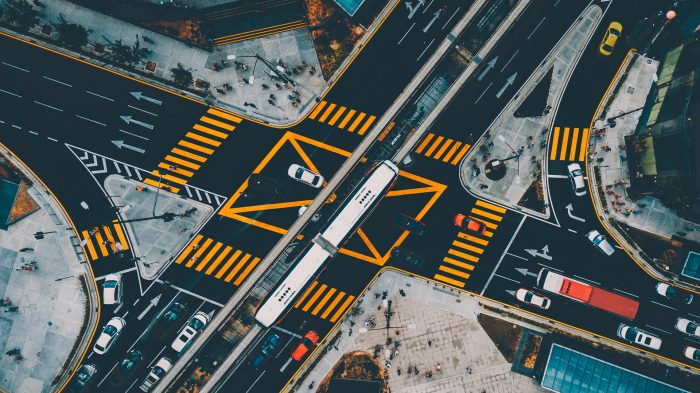 How safe are they?

Undoubtedly, this is the million-dollar question. However, as many driving statistics will show, the greatest threat to our safety on roads is undeniably ourselves and other drivers. In the US alone, 90% of car crashes are from driver error. So, what happens when you take the driver out of the equation?

Obviously, we can greatly reduce risks by driving safely, following the speed limit and road rules. However, as human beings, we are often influenced by other external forces. We are known to be capable of driving while fatigued, or for some individuals, intoxicated, adding unnecessary danger to ourselves and others on the road.

In Queensland, fatigue related incidents alone made up 13.3% of road accidents in 2018, and 17.7% of accidents were drunk-driver related. Removing the risk of human error greatly diminishes the risk of a serious collisions. The Harvard Business Review support this claim suggesting that autonomous cars can observe, analyse, decide and act just like humans, though without the mental fatigue and cloudiness.

The end of the road

You can be assured that autonomous cars aren’t just going to start popping up on roads. Rigorous safety tests will need to be cleared for these cars to be classified safe enough to occupy roads with other passengers. However, who’s not at least a little excited to live in a real life Sci-fi film? Obviously, not the kind where the AI technology takes over and wreaks havoc.

Is your car currently equipped with ADAS technology? Make sure to get your windscreen repaired or replaced by a Novus expert to maintain top quality system performance. Novus is the only glass company that offers resin specifically tailored to ADAS-equipped vehicles.