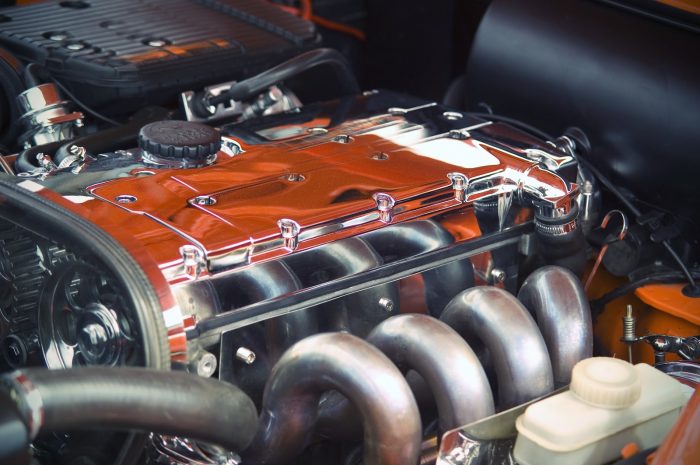 Cars are incredibly complex mechanical beasts. A mean feat of engineering, one vehicle averages to around 30,000 parts! Do you know what makes your engine purr? Are you aware of the engine layout, and inner workings? Probably not. Do you need to know? We think so. It’s time well spent to get to know your engine as it is the centre hub of your vehicle and critical to your safety. Knowing a little more about your car engine parts and functions can better help you choose the right vehicle for you, drive efficiently, and diagnose potential problems.

Would you know a cylinder block, a piston or a combustion chamber if you saw one, or does the heart of your vehicle look like a giant mass of twisted metal and wiring?

We’ve broken down some fun engine facts to help you better understand the type of engine you have, and how your vehicle operates.

How does your engine work?

Engines are quite amazing. They rely on small controlled explosions to generate power. Internal combustion cycles ignite the fuel/air within the vehicles various cylinders 1000’s of times per minute to propel you down the road. While there are a bunch of different layouts and configurations, engines operate in one of two main ways.

With an external combustion engine, fuel combustion occurs outside of the engine. Burning fuel generates heat which in turn converts water or fluid into steam. High-pressure steam gets the turbine rotating and has you on your way. With an EC engine, fuel could be anything from gas, solid or liquid fuel, which can have an ongoing operating cost advantage. Effectively an EC engine is a steam engine, today they’re usually found in boats or trains – not vehicles. But vintage steam engine cars are a popular collectors item. However, many researchers and engineers believe the efficiency of the historic steam engine combined with today’s modern technology could see an EC engine comeback!

Almost all road vehicles today are fitted with an IC engine. Fuel combustion takes place inside the engine. Intense pressure and temperature fires up the piston that rotates the wheels. When you have an IC engine you can only use diesel and petrol excellerants. IC engines are highly efficient, low cost (initially) and consume less space than an EC engine. 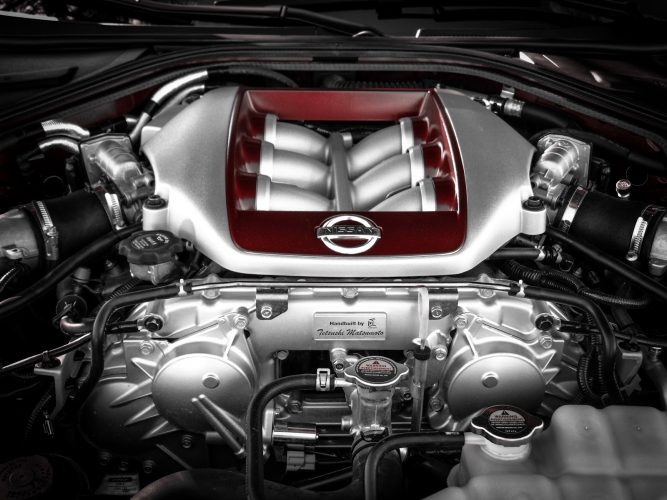 Manufacturers apply various cylinder layouts for different vehicle designs. They’re always looking at new ways to add more power to the engine and fit all this power into the confined space under the bonnet.

Which engine configuration features in your trusty vehicle?

Powerful premium vehicle makes such as BMW are known to use straight engine layouts which are placed parallel to the car in a line from back to front, rather than across. This setup allows for a greater number of cylinders.

The most common form of engine, this type of layout is generally found in family hatchbacks and small vehicles. Cylinders are placed side-by-side, upright and perpendicular to the car so that other components like the batter, radiator and cooling system can surround the engine in the compact area.

The V engine is common to supercars and high performance vehicles. These engines are configured in a V shape when facing the car from the bonnet. The cylinders are mounted at a 60° angle in two rows facing outwards. This arrangement looks impressive, and allows for more cylinders to be placed. Compared to other engines the cylinder space is fairly compact.

Also known as the boxer layout, flat engine cylinders are mounted horizontally in two rows facing outwards. Subaru and Porsche are the only two car brands with a flat layout. It is known to offer a low centre of gravity within the engine bay which can improve handling.

This engine layout was created by the Volkswagen Group. In the same way the cylinders in a Vee engine resemble the letter V, a W engine is arranged with cylinders in the shape of a W. W-types are typically used in high-performance or heavy-duty vehicles. They can include three or four separate cylinder banks. Volkswagen pioneered the pairing of two VR banks together to create an engine that is sometimes called a double V.

Back in the day, the more cylinders a vehicle had, the higher its power and performance. That is no longer necessarily the case. Thanks to advances in technology and engineering of turbochargers and injection systems, cars with fewer cylinders can be on par with larger engines. Let’s explore the main types; twin, four, six and eight cylinder engines.

As the name suggests, twin cylinder engines feature two cylinders! If you find a twin cylinder engine under your bonnet you are among the few – they are very rare because they offer low capacity and power output. However, manufacturers such as Fiat are utilising turbochargers to create small, eco-friendly twin-cylinder engines. So if your environmental footprint is more important to you than power and performance… you’re winning!

Three cylinder engines are most commonly found on small cars. Because of the odd number of cylinders making the balance a little off-kilter, they can cause a shuddering vibration and distinctive sound. The use of turbochargers has seen three cylinder engines appear in larger family hatches like the Ford Focus.

The four cylinder is a popular engine as it is made to maximize fuel economy while still producing good power. Found in the majority of small to mid-range cars they’re generally fitted in the inline layout. The addition of a turbocharger can make a four cylinder engine very powerful.

Now we’re getting up there. Six cylinder engines are typically arranged in the V or straight engine layout found in sports cars and high-end performance vehicles. Not all that long ago, the V6 wasn’t considered all that powerful; but today, with the addition of a turbocharger, they’re the go-to engine for some of the world’s most powerful vehicles.

Cars with eight or more cylinders are considered ‘supercars’ because of their sheer power. There are many supercar brands and as the name ‘V8 supercar’ suggests, the engines are configured in a V shape. Until recently, the massive V12 was the largest engine on the market; that was until the unbelievable Bugatti Veyron rolled up with…wait for it… SIXTEEN cylinders. Unbelievable! 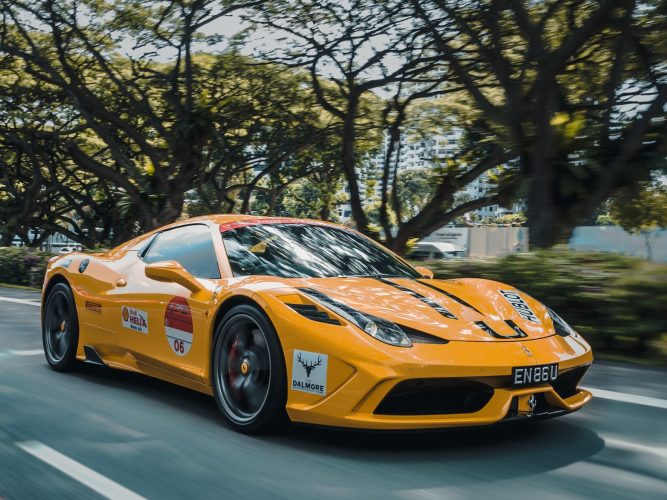 Not All Engines are Created Equal

Unless you’re a racer or want to feature on Top Gun, what are you really looking for in a car engine? Reliability, function and efficiency. Petrol prices are forever on the rise regardless of how much we jump up and down flailing our arms at the ombudsman. If you’re in the market for a vehicle, protecting your pocket at the pump as much as possible is probably high on the priority list. The type of engine in your vehicle directly relates to the overall fuel efficiency.

How can you ensure a vehicle is economical on fuel? Efficiency comes down to a number of engineering and design technologies. Often a vehicle that performs well in terms of fuel consumption, may not be the best in the way of performance or load carrying ability.

We all want to do our bit for climate change. Vehicles are a huge contributor to CO2 emissions. The Australian Government has created a Green Vehicle Guide to help us measure the relative fuel consumption and environmental ratings of vehicles currently on the Australian market.

While this guide helps us determine star ratings and emissions data, it doesn’t categories the vehicles into design purpose. Eg. small versus large vehicle performance and load capacity.

Whatever your vehicle, the best you can do to keep costs, consumption and emissions down is adopt and efficient driving style. Avoid uphill battles when you can, don’t slam on the brakes or accelerate the engine unnecessarily. Drive smoothly, calmly and collectively as standard.

The more you look after your vehicle, drive conservatively, to the conditions, and according to the purpose of your car’s design and manufacturing, the more your wheels will look after you. And now next time someone randomly asks you about your engine…you can tell them all about it! You’re welcome.