Cars Not Worth Your Money: Bad Engines, Low Safety, and Just Plain Ugly 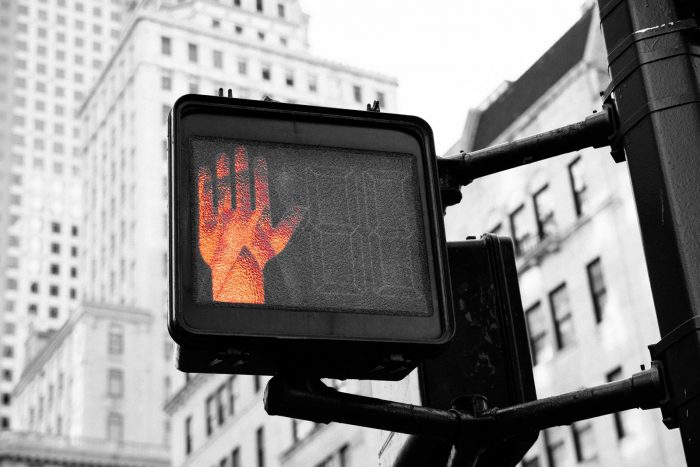 Cars are not a cheap commodity. After a house, they’re the most valuable item people own. Unfortunately, due to recent trends in the stock exchange, they are going to keep getting more expensive. With the value of the Australian dollar dropping by more than 18 percent compared to the Thai Baht and Japanese Yen over the last couple of years, according to Car Advice, it’s looking like some of our favourite models will be getting dearer. Considering the hefty price tag of many cars, it’s so important to pick the right one. When we put aside money for a new car, we expect it to be good. But what exactly constitutes a good car?

According to Carvoy, there are six things that make up a good car.

It is these six things that indicate to us that our money has not been put to waste and that we’re not driving around in a lemon. While we can confidently say that many modern cars on the market check these things off, that doesn’t always necessarily mean that they’re good cars. Further, there are some cars that simply don’t meet the mark on these expectations, and we’re about to tell you why. Knowing what determines a bad car, or a lemon as they say, is just as important as identifying a good one. So, Novus breaks it down for you: how to spot a bad car based on some commonly not up-to-par features. Namely, poor performance, low safety, and frankly, hideous design.

What is a lemon?

A lemon is a term used to describe a car that is said to have multiple manufacturing faults that affect its value, safety, performance, or utility. But where did this saying come from?

According to Texas Lemon Law Blog, “One possibility is that it came from early 20th century American slang, where a ‘lemon’ referred to “a person who is a loser, a simpleton,” as a lemon.” Another possible origin was from a British game played by hustlers. “It seems most likely that that the use of a ‘lemon’ as a bad car came from another British slang term from the early 1900’s in which “to hand someone a lemon” was ‘to pass off a sub-standard article as a good one.’” 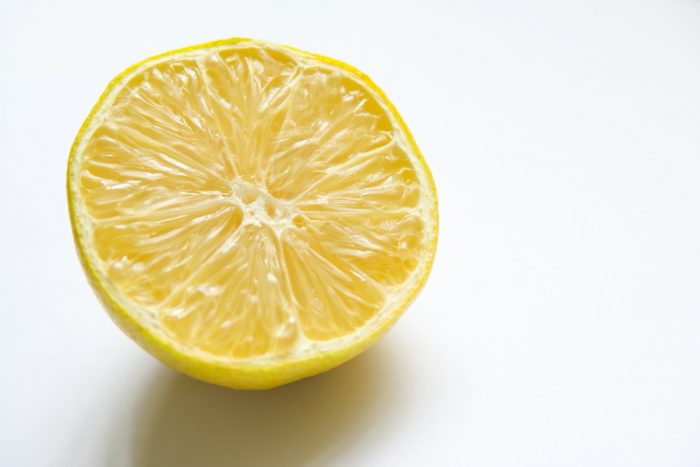 These days a lot of people associate lemons with the ‘sour’ taste they leave in your mouth, which is a commonly accepted meaning for the term when used in regards to car acquisitions. Buying a bad car isn’t a great experience, and therefore metaphorically, it leaves many with a sour aftertaste. So, what makes a lemon?

Let’s have a closer look at some features that are just plain bad.

Badly proportioned cars not only look odd but they often have less than optimal performance. Aesthetic wise, nothing looks worse than a car that is not balanced in its appearance. An example of out-of-proportion design can be seen in the Chrysler Sebring, which has been notably shamed for its poor steering, noisy suspension and unattractive interior design. As you can see, the car’s hood is quite disproportionate to its body, making it look quite front-heavy. The rest of the car, the body and boot, look almost equal in length to the hood. For many, this design just misses the mark. Other ugly cars that have disproportionate exteriors:

“When the vehicle handling is strong and sturdy, the car is easy to navigate — especially during emergency driving situations.” – Your Mechanic.

Comfort is an incredibly important factor when purchasing a car. After all, you’ll be sitting in this machine for extended periods of time – especially if you’re into long drives and road trips – so you want a car that lets you just melt into the upholstery. You also want the drive to be smooth and consistent. A nice, weighty car with a strong suspension system makes even the bumpiest, pot-hole ridden roads feel like freshly laid asphalt. On the other hand, lacking suspension will make even the smallest rock feel like an off-road experience. Then there’s the handling of the car. Good steering feels powerful; you feel like you have control of where you steer the car as the wheels move exactly where you expect them to with minimal effort. Above control, good handling is also important for safety, should you need your car to steer you out of bad situations.

In general, a majority of large cars, SUVs, and minivans have an expected low level of handling, making driving hard work. That being said, sometimes small cars also have big drawbacks in this department. The Toyota Yaris is one car that has notably received a bad wrap for having poor steering and according to MotorTrend it has handling similar to that of a minivan – not good. Further, after running performance tests on the Yaris, WhatCar rated its handling 2/5 contributing also to the low comfort score of 3 stars.

Convertibles undeniably have an element of ‘cool’. There’s something flashy and exciting about driving with the top down. That said, if poorly designed, they can be a bit of a pain in the boot – if you know what we mean. Unsurprisingly, the make or break for convertibles is the roof design and functionality. Where it’s stored, how easy it is to store, and how easy it is to assemble and disassemble should be important factors in testing out your convertible. It’s worth noting that you’ll also be sacrificing some space with a convertible – that roof’s got to go somewhere. Convertibles also flag issues with safety depending on the strength of the roof. For the Citroen Pluriel, the roof was the epitome of difficulty. Where did they go wrong? Firstly, there’s the matter of having to manually disassemble the roof – which required time and a close inspection of the owner’s manual. Then, there’s the matter of finding somewhere to place the roof – oh, did we mention it won’t actually fit in the car?

“…of all the issues you can run into, having a doomed motor is perhaps one of the worst.” – Micah Wright, MotorBiscuit.

The engine is the heart of the car; it’s what makes the car run, and having a powerful one is paramount. Although most engines start to display problems as they age and rack up 0’s on the odometer, some are doomed from the very start. This was the case with some of Subaru’s 2011-2015 vehicles. The Subaru 2.0 and 2.5-liter engines were some of the most scrutinised engines in existence. The main issue with these engines was excessive oil consumption. It was bad to the point where drivers had to add a quart of synthetic oil every few thousand kilometres. In fact, it became such an issue that the government stepped in, launching a full investigation. After admitting fault to neglectfully selling vehicles with a defection piston ring, Subaru has to reimburse countless drivers. Within the engine of a standard car, there are a number of components working together. Therefore, there are a number of elements that could be defective. That being said, some of the more common engine faults among new cars include the following.

Other issues with engines can include: 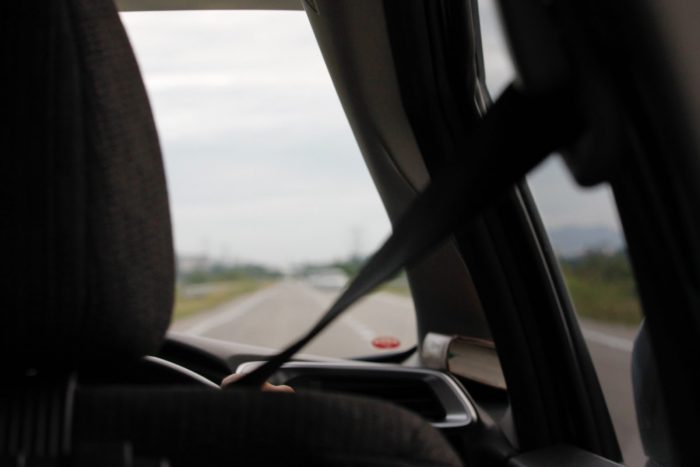 Safety is one of the most, if not THE most, important aspects of a car. In Australia, the Australasian New Car Assessment Program (ANCAP) acts as the body that assesses all cars’ safety ratings. To gauge how safe a car is, they assess 4 different factors in their tests.

1. Adult Occupant Protection (AOP): Considers the level of protection offered by the vehicle to adult occupants seated in the front and second row in the most common types of serious injury crashes.
2. Child Occupant Protection (COP): Evaluates the level of protection the vehicle offers to child occupants seated in appropriate child restraints in the rear seats. The ability to effectively accommodate a range of child retrains is also assessed.
3. Vulnerable Road User Protection (VRU): Assesses the design of the front of the vehicle to minimise injury risk to a struck pedestrian. Vehicles are also assessed for their ability to actively avoid or mitigate impacts with pedestrians and cyclists.
4. Safety Assist (SA): Evaluates the presence and effectiveness of active safety technologies fitted to the vehicle which assist the driver in preventing or minimising the effects of a crash.

According to the 2019 safety test results, the lowest score was 3/5 and there was only one car to score this: the Jeep Wrangler. In the last 5 years the LDV G10, Ford Mustang, and Suzuki Jimny also scored 3, with the Great Wall Motor Speed receiving a 2/5 in 2016.

Searching for your vehicles ANCAP rating provides great insight into how safe your car really is. Would you repurchase your car knowing its rating?

So, there you have it: it’s these elements that leave a sour taste in our mouths and therefore make a car a ‘lemon’, as they say. Does your car possess some of these qualities? Is it time for you to upgrade?

Novus Auto Glass specialises in windscreen and window replacement and repair. With the most up to date technology and products, Novus works quickly and safely to get you back on the road with your car in top shape. Call Novus on 13 22 34 next time you’re in need of a service.