The Worst Culprits in Car Pollution 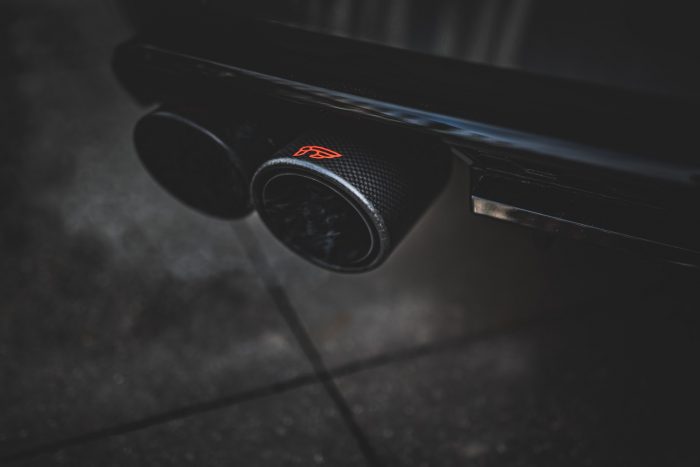 Most, if not all, cars produce carbon dioxide. This is because gasoline is derived from crude oil, the world’s most useful and popular fossil fuel. Though the uptake of electric vehicles (EV) is increasing globally, these types of cars still only account for a small portion of sales. In fact, as of 2018, there were only about four million registered EVs globally, and Australia made up 73,000 of those sales. This was a 0.1% increase from 2017. Overall, internal combustion engines still remain the most popular type of engine, for now anyway.

For obvious reasons, fuel-powered vehicles are detrimental to the environment. Carbon emissions from motor vehicles make up a large portion of Australia’s total emissions.  According to the Guardian, since the 1990s, transport-related carbon emissions have risen to 63% in pollution standards. Cars and light commercial vehicles are the biggest contributors to emissions out of all motorised road vehicles, producing 44-metric tonnes of CO2 in 2018. This figure is expected to keep increasing until 2025, where the sale of EV is projected to rise. As a whole, however, carbon emissions from this sector are expected to grow as a result of Australia’s growing population and economic growth. 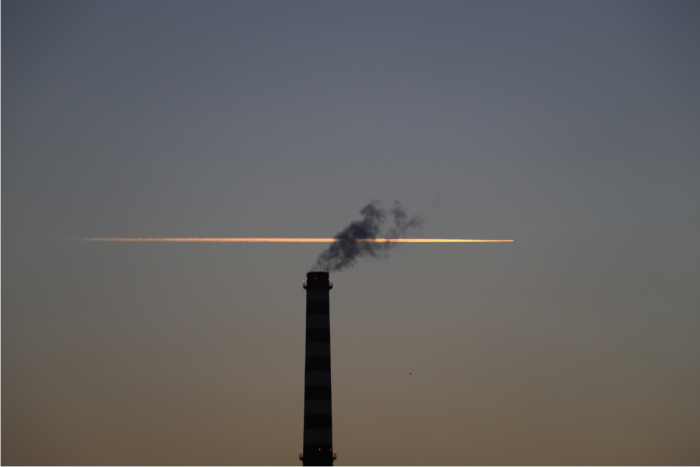 Although all cars produce carbon emissions, particularly those with internal combustion engines, not all are created equal. Purchasing a car that ranks highly according to its carbon emissions is a better choice for the environment. As of 2017, the average emission rate for new light vehicles rounded up to 182 grams of CO2 per kilometre. Compare that to some of the cars we mention below and you’ll see why they’re less environmentally friendly. Therefore, if you’re shopping for a car, check how it measures against this average. According to the Green Vehicle Guide, the National Transport Commission outlines that if each consumer purchases a new light vehicle with best in class emissions, Australia could reduce its average CO2 emissions for light vehicles by up to 50%. That means reducing car emissions by half, just by purchasing a car with a better CO2 output per kilometre. It’s definitely something worth looking into.

Purchasing carbon efficient vehicles is not only a better option for the environment but also our health overall. Petrol-powered cars also produce air pollutants, such as hydrocarbons, oxides of nitrogen, and particulate matter that create smog and lead to respiratory illness, cardiovascular disease, and even cancer. Thankfully, Australian Design Rules regulate the Australian vehicle market and require all cars to meet a minimum safety standard, and many Australian cars actually surpass this standard. Air pollutants, however, do remain an issue for diesel vehicles, which despite producing less CO2, produce more toxic pollutants that are dangerous to our immediate health.

In light of recent climate change action, it’s imperative that we understand which cars are dangerous to the environment (or more dangerous, we should say) and what we can do about it. If you’re in the market for a new car, we’re not here to dictate how you spend your money and tell you to buy an electric car. Though, we can share with you the worst perpetrators when it comes to CO2 emissions. If you’re interested in learning which car brands produce the most carbon emissions, have a browse through our list. All the brands listen have been identified by the Australian National Transport Commission in their carbon dioxide emissions report 2018. 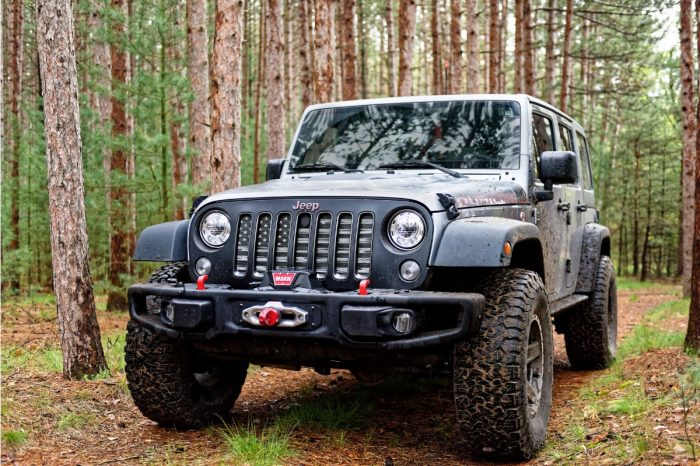 Jeep makes SUVs and four-wheel drives, which means more petrol needed in the tank, and more CO2 in the air. On average, Jeep SUVs will emit around 227 grams of carbon dioxide into the atmosphere per kilometre travelled. Though this isn’t the best, Jeep has been involved in some more controversial emissions scandals. Earlier this year, roughly 100,000 of Jeep’s diesel SUVs in the 2014-16 model were reported to produce illegal levels of pollution. Specifically, the Jeep Grand Cherokee equipped with the optional 3.0-litre EcoDiesel V-6 engine was the worst offender. The Environmental Protection Agency (EPA) investigated the issue and, working with the Department of Justice, built a civil case against Fiat Chrysler Automobiles (FCA). When the case settled, FCA was forced to pay $800 million in civil fines, commit to corporate oversight, environmental remediation, and recall affected vehicles for a free repair.

Jeeps tend to have that look of sophistication, luxury and style. Their classic Wrangler model is popular among many consumers for the cool aesthetic and their off-and-on-road capabilities. Though, if you’re more interested in being environmentally conscious, then this probably isn’t your ideal car. 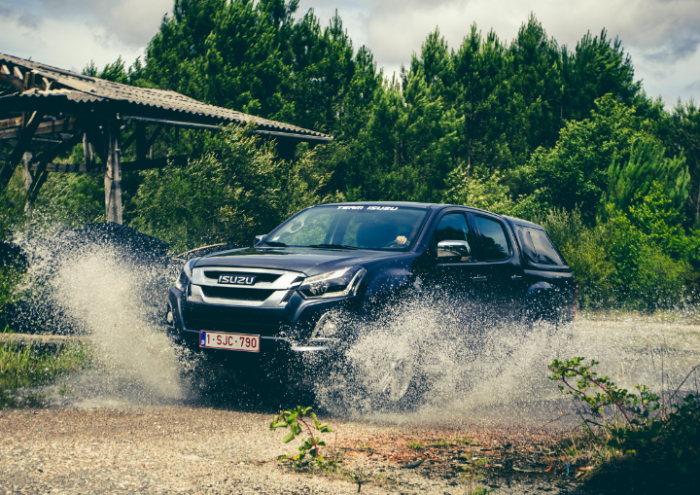 Much like Jeep, Isuzu makes SUVs, utes and four-wheel drives, meaning carbon emissions are slightly higher. Although the emissions are higher due to the size of the vehicle, the transmission type of the vehicle also plays a significant factor. An Isuzu D-Max with a six-speed manual gearbox and two-wheel drive produces 163 g/km of CO2 emissions. More if it’s carrying excessive cargo. A four-wheel-drive option emits slightly more, at 183 g/km. However, if you add an automatic gearbox to this four-wheel-drive model, you push the emissions up to 205 g/km. This is something you should factor into your decision if purchasing a new car, whether you’re after a manual or automatic transmission. Typically, automatics will produce more carbon dioxide. Although some of their vehicles measure up to average CO2 emissions rate, on average Isuzu is guilty of producing up to 206 grams of CO2 per kilometre, making it one of the less environmentally friendly brands. 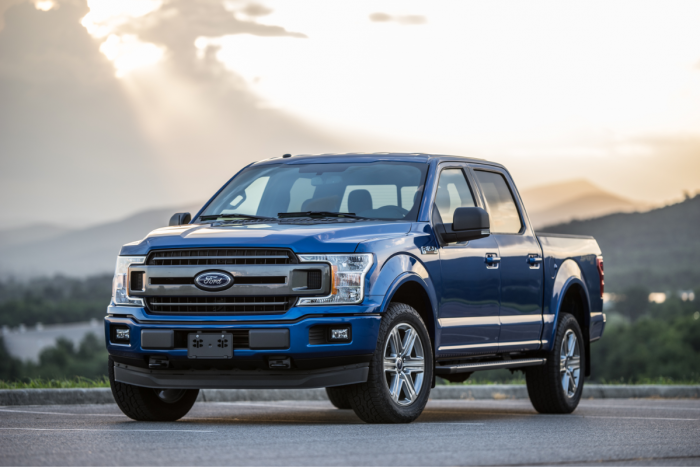 Though Ford originated in America, it has become a prominent brand in the Australian market. According to 2018 data, Ford ranked as the fifth most popular car amongst Australian consumers. Unfortunately, this is only slightly above Holden. Since 2017, Ford’s sales have dropped 11%. To cement a prosperous future for themselves, however, Ford has begun making commitments to sustainability by phasing out internal combustions engines by 2040, investing $11 billion in developing EVs, and developing self-driving commercial vehicles by 2021 (not long now). While all of these promises are great, right now Ford isn’t performing at its best. Ford’s average CO2 emission rating is 205 g/km, pushing it higher than the average of most new light vehicles. 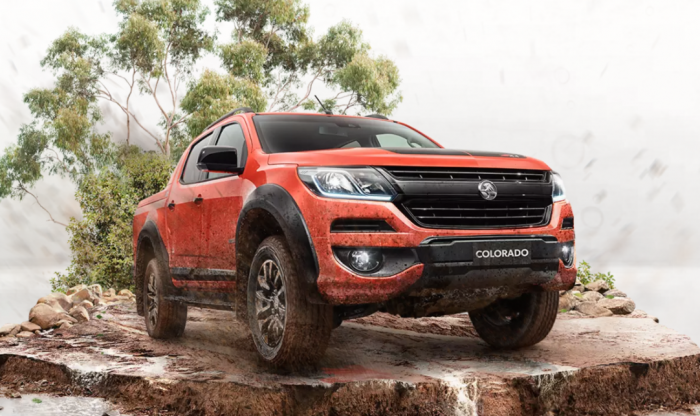 Holden is one of the most well-known Australian car brands. Since its launch in the 1940s, Holden gained much popularity, particularly for its classic model, the Holden Commodore. While Holden’s sales were rapidly increasing over the 2000-18—in 2018, 2.3 out of 18 million cars registered to Australians were Holdens—as a result of local factories shutting down, sales figures have dropped significantly. In comparison to its international components, Holden isn’t doing well. And in regards to its environmental efforts, Holden is also doing pretty poorly. One of their worst models is the Holden Colorado LTZ. Despite having a diesel engine, this model produces an appalling 230 grams of CO2 per kilometre. 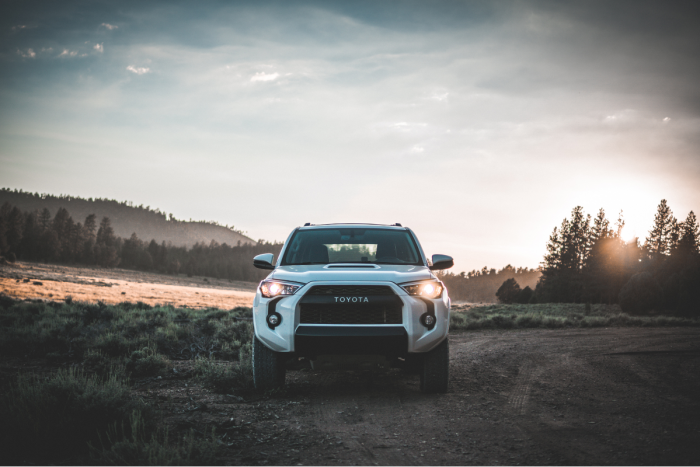 Toyota may be ranked the most popular car purchased in Australia, but it sure isn’t ranked as the most environmentally friendly. With an average of 197 grams of CO2 emitted per kilometre, Toyota isn’t the worst, but it’s up there. Like Ford, however, Toyota has established some commitments to sustainable practices. To benefit the environment, Toyota has set itself 6 challenges: to produce new vehicles with zero carbon emissions, to eliminate carbon emissions from a car’s entire lifecycle (manufacturing, assembly, maintenance, disposal, and recycling), moving to renewable energy to power factories and plants, minimising and optimising water usage, establishing recycling-based societies and systems, and establishing a future society in harmony with nature. You can read more about Toyota’s Environmental challenge 2050 here. According to the Transport and Environment’s CO2 Emissions report, Toyota is currently on course to meet their 2021 EU CO2 targets on time, so it might not be wishful thinking to believe Toyota can commit to their environmental challenges. Ok Toyota, you’re off the hook. Just this once.

While there were a few brands that were exceptionally bad at managing CO2 emissions among their models, most brands produced average results in line with the Green Vehicle Guide’s recommendation. The brands listed on the National Transport Commission’s carbon intensity report that produce an average level of emissions (around 160-185 g/km) include Jaguar, Porsche, Renault, Lexus, Land Rover (surprisingly), Subaru, Hyundai, Mitsubishi, Kia and Nissan. Thankfully, we have a good mix of luxury and mid-class brands in this category.

Now, if you’re in the market for the best in its class for carbon efficiency, then these are the brands you want to steer towards. Although it should be noted, most of these brands are luxury with few mid-class brands. The most surprising and impressive brand from this range is undoubtedly Suzuki, which is the most carbon-efficient, producing only 129 grams of carbon dioxide per kilometre on average. That’s 54 grams below standard—and Suzuki is one of the few non-luxury brands. The rest include Fiat, Alfa Romeo, Peugeot, MINI, Skoda, Volvo, Audi, Honda, Mazda, Mercedes-Benz, and BMW. The emission rates ranged between 129-159 g/km.

With the current state of our climate, and with the world’s increasing interest in carbon emissions and sustainability strategies, it’s important to understand how efficient your own car is and the kind of impact your next car may make. As our world changes and people become more environmentally conscious, no doubt our cars will too. Who knows how long fuel combustion engines will exist for, but right now, they are ever-present in our society. So, if you’re in a position to do so, why not choose a brand and model with fewer emissions than the rest?

Whichever brand or model you may currently own, Novus can service it. If you’re driving with a chipped or cracked windscreen, you are driving around with a safety hazard. Contact us to get this sorted quickly and painlessly.