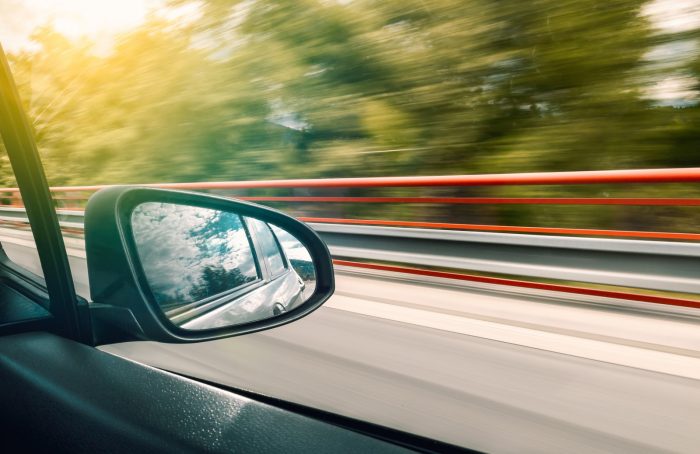 Travelling overseas is always an exciting time. Trying different foods, learning about different cultures and living life to the fullest. However, travelling overseas can quickly turn into a sour experience if you are not fully prepared. Visiting foreign countries comes with its own set of challenges. There are certain rules and regulations that you need to abide by to ensure you have a safe and enjoyable trip. Did you know that 1.3 million people die in road accidents a year globally, with traffic accidents being the leading cause? To date, the most vulnerable road users include pedestrians, cyclists and motorcyclists. In 2017, over 1600 Australian travellers died from an illness or accident while on an overseas trip and over 1,700 were injured. So as you can see, being aware of road rules while travelling overseas is crucial.

According to the Australian Bureau of Statistics (ABS), the most visited overseas destinations in 2018, among Australians are: 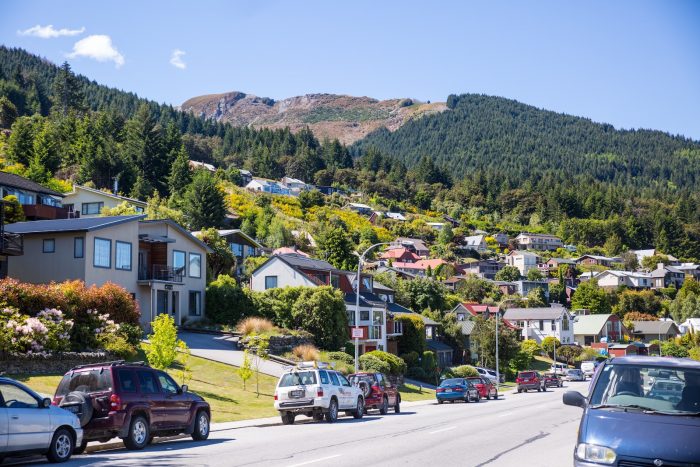 Ah! Scenic New Zealand. It would come to no surprise that NZ is the most visited country among Australians, seeing as they are across the ditch. Doing a road trip around New Zealand shouldn’t be too troublesome as most of the rules and regulations in New Zealand are almost identical to the ones we have to follow here on our roads. Nonetheless, there are always a few things to keep in mind as a traveller wanting to cruise around in a car.

Here is a basic rundown of everything you should know: 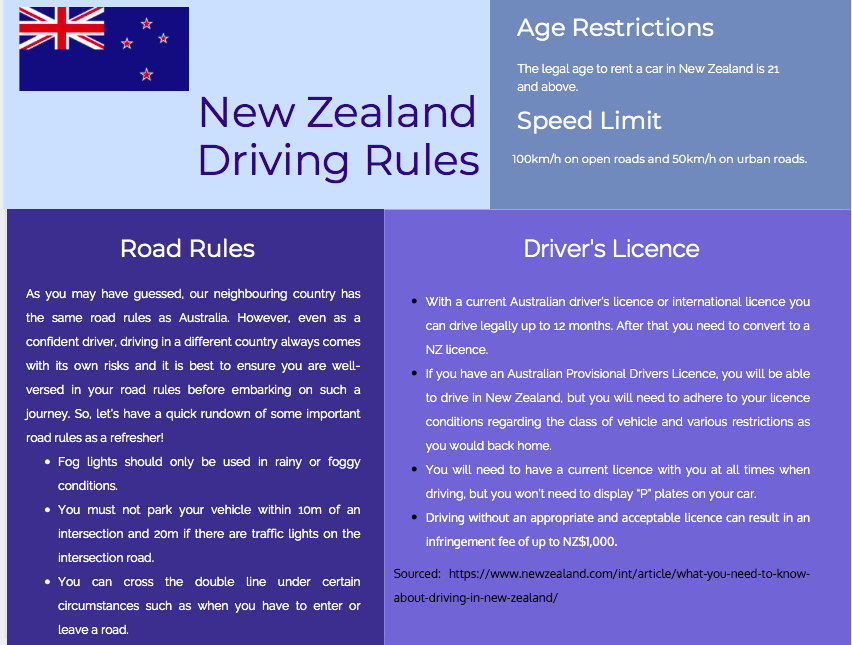 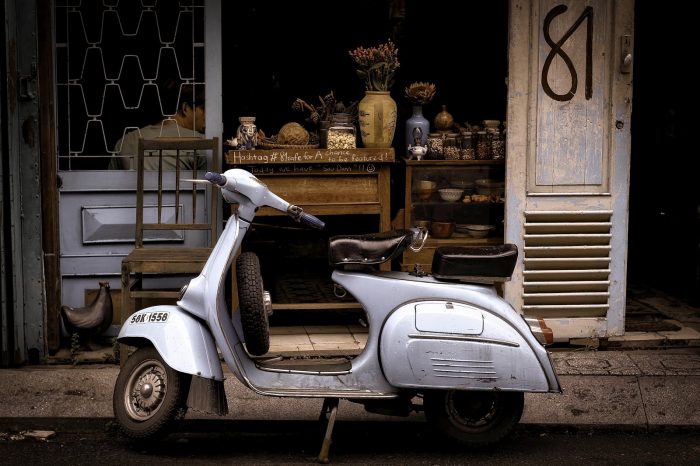 Bali is the most visited city of Indonesia. From Darwin, it is less than a 3-hour plane ride with tickets ranging between $200 – $350 depending on when you book. However, just like a rose with thorns, travelling to Indonesia comes with its challenges, mainly when it comes to the travelling side of things. The populated roads and polluted streets can make it extremely difficult for travellers wishing to drive around on their own.

Here are some of the most important rules to be aware of when travelling to Indonesia: 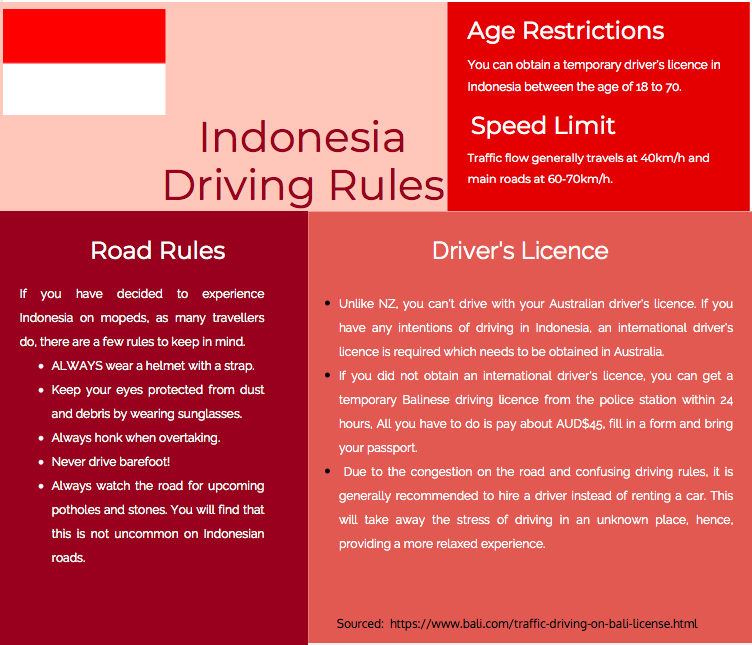 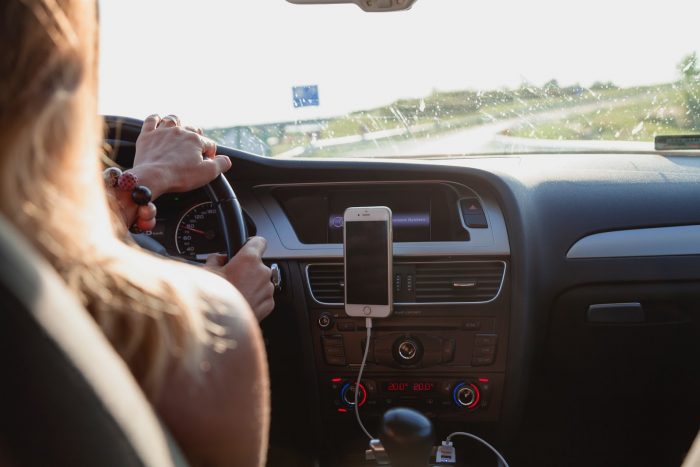 Almost everyone dreams of visiting the States at least once in their lifetime. New York, Los Angeles, Chicago and Hawaii are some of the most popular tourist spots. Australian road rules and regulations vary significantly in some aspects compared to the States. Which is why, when travelling around in the States, as an Australian driver, there are quite a few things you will need to watch out for.

While this does not provide all the information you need to know about driving in the States, we have gathered some of the most important rules: 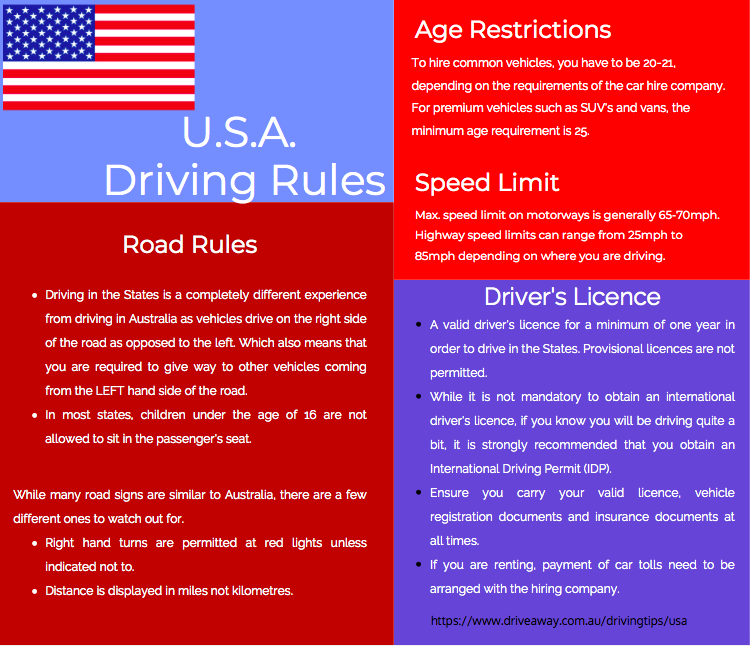 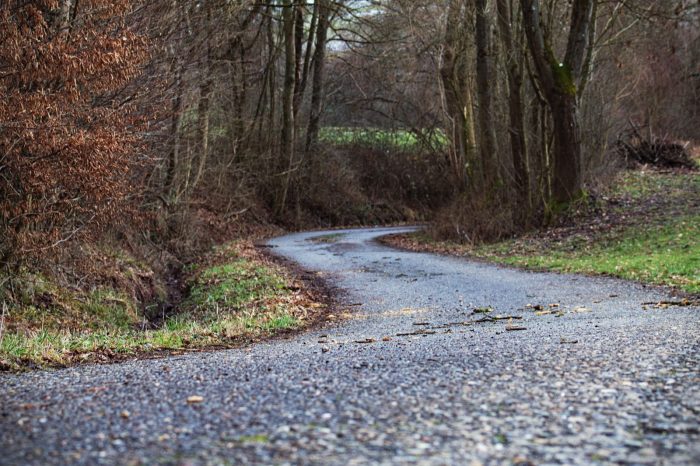 The land of the Brits! Australia and the U.K. share similar cultures, social makeup and values. It is not uncommon for Australians to have at least one friend/ family member residing in the U.K.

Either way, it is important to know the rules for travel as there are some notable differences such as speed metrics, driving limits and so on. Here is a little breakdown of some of the important road rules: 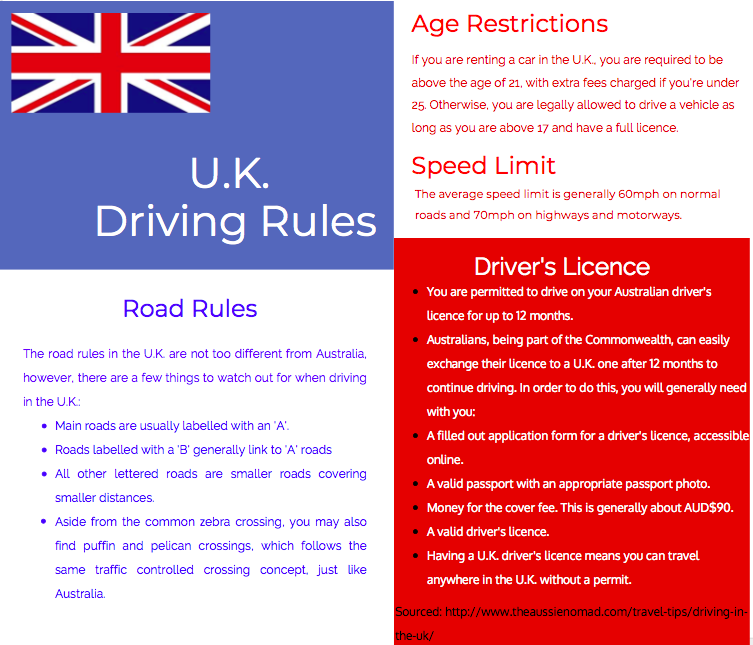 Whatever the case, it’s vital that you do research and read up about the country you’re travelling to. Even if it’s not road rules, there might be cultural norms that should be followed. Either way, make sure to exercise caution when driving on unfamiliar roads overseas so you can make it back safely to home soil.